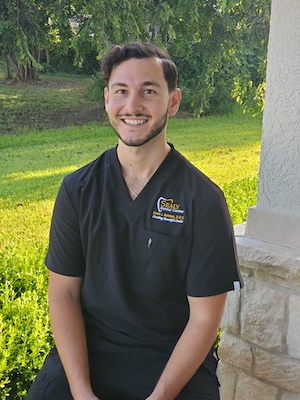 Dr. David Ramirez is originally from Chicago, Illinois but has been living in Katy since the first grade. After attending The University of Texas in Austin for his undergraduate degree in Biology, he then attended the University of Texas School of Dentistry in Houston, where he earned his Doctorate of Dental Surgery.

Dr. Ramirez was inspired through personal experiences with his dentist as a child and that pushed him to pursue dentistry. Treating people with respect while also making a positive impact on people’s lives is what is most important to him.

He is a sports enthusiast and enjoys rollerblading, running, snowboarding, and being outdoors. He loves animals so make sure to show him pictures of your animals!

Welcome to Our Practice!

Sealy Dental Center has been keeping the smiles of Sealy, TX healthy for over 35 years! Our highly-experienced dental team offers a wide range of services to fit your family's needs, from top-notch preventive care to beautifying cosmetic solutions, and beyond. Come see why our superior care continues to be a Sealy tradition!